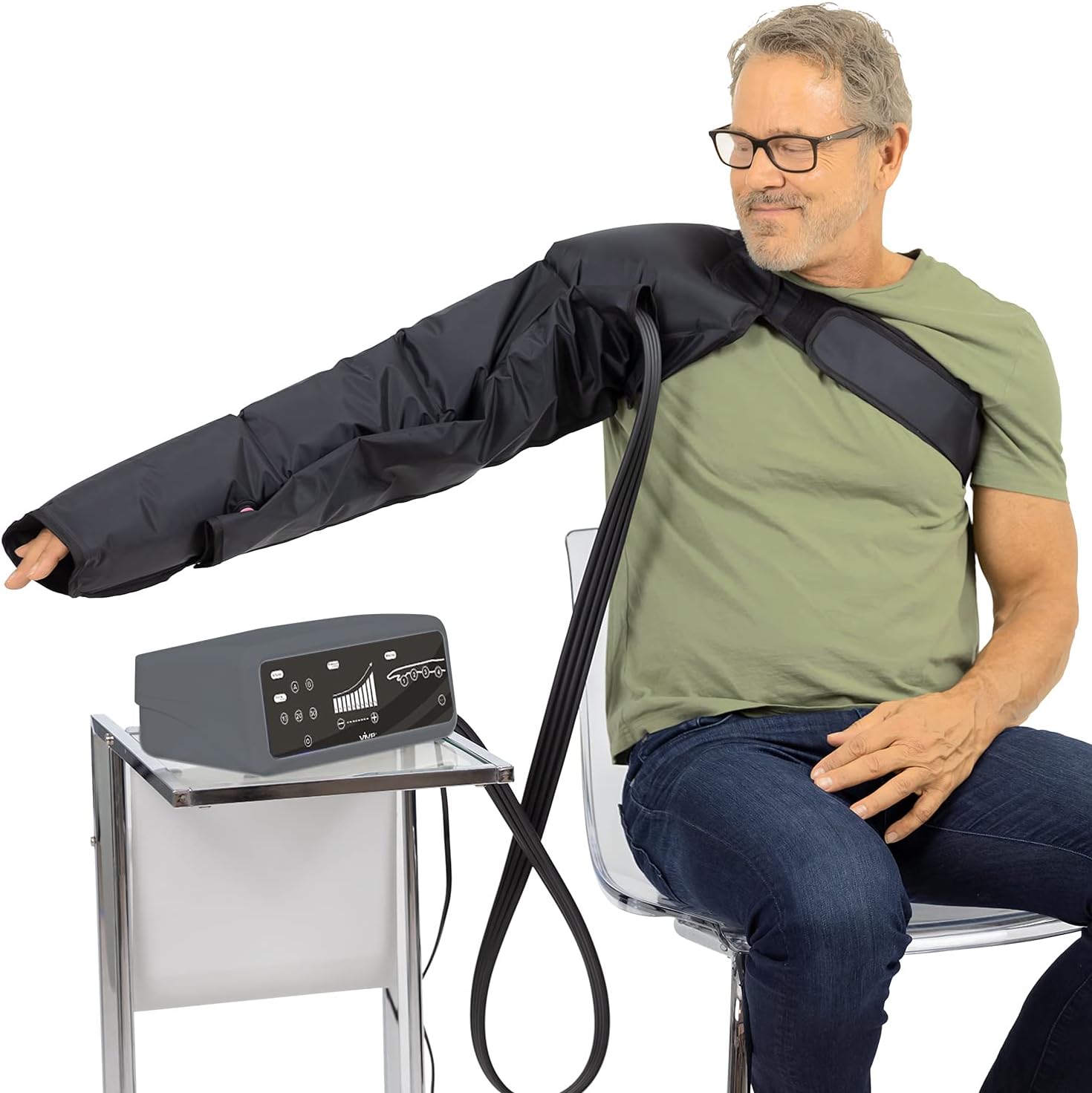 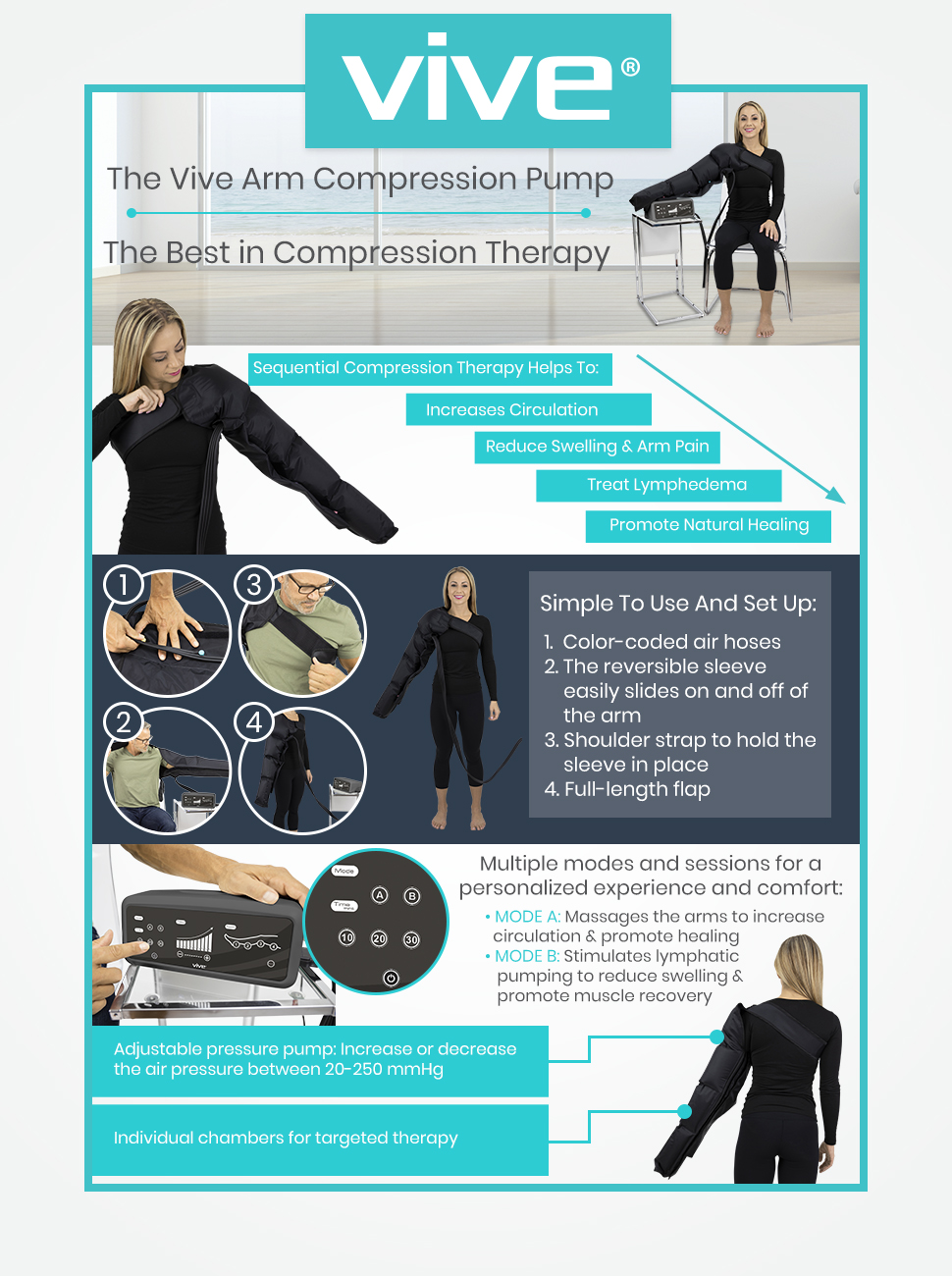 Arm Compression Pump Effectively increasing circulation and promoting lymphatic movement, the Vive arm compression pump relieves swelling and arm muscle soreness following a workout, injury or surgery. With two modes of operation and adjustable pressure settings, the arm compression pump system is easy to use and customize for personal comfort. The included arm compression sleeve easily slides on and off of the arm and secures with an adjustable shoulder strap for hands-free use. Therapeutic Compression Relief: Ideal for post-workout recovery, as well as rehabilitation, the Vive arm compression pump effectively increases circulation to reduce swelling and arm pain, lymphedema and other conditions. Sequential compression therapy is useful to improve blood circulation and relieve sore muscles, promoting natural healing. Simple To Set Up: The sequential arm compression pump is lightweight and portable for easy use in any location. Color-coded air hoses ensure a quick,hassle-free setup when connecting the arm compression sleeve to the air pump. The reversible sleeve easily slides on and off of the arm and includes a shoulder strap to hold the sleeve in place and a full-length flap for securing the tubing out of the way. Multiple Modes And Sessions: Easily adjusted for personal comfort, the Vive compression system features a variable pressure pump with two modes. Mode A massages the arms to increase circulation and promote healing. Mode B stimulates lymphatic pumping to reduce swelling and promote muscle recovery. Treatment sessions can be set at 10-minute, 20-minute or 30-minute intervals. Adjustable Pressure Pump: The arm compression pump is easily adjusted, increasing or decreasing the air pressure between 20-250 mmHg. The pump is also designed to allow individual chambers to be activated or deactivated for a customized therapy session. Whatâs Included: Vive Arm Compression Pump One arm cuff Color-coded connective tubing Illustrated manual

Yardwe 15PCS Automatic Chicken Drinker Cups, Poultry Waterers Ch – Articles pertaining to the history of the harbors and life along the Chicago River.